[Summary: Draft of a new one page guide putting the critical questions approach to online safety into practice]

I’m heading to Coventry tomorrow to lead a training session in using social media for activism for young people involved in the DFID funded Youth For Fair Trade project. We’ll be exploring a whole range of social media tools that project can use to campaign online.

However, it’s important not only to equip young people with the skills to use social media, but we also need to talk about the skills to use social media safely. I’ll be including some elements from the ‘Critical Questions framework‘ I blogged about earlier this year, but, know that we’ll be tight for time on Sunday, and that leaving people with a aide-memoir is always a good thing – I’ve put together a draft one page ‘Social Media Checklist for safe and effective youth projects‘.

You can view it below, download the PDF here, and if you want to adapt and update it, as a word file here.

Like all the one page guides it is under a creative commons license to encourage you to take, remix and share back your updates. This is very much a draft, and so I would welcome your critical questions about it – and reflections on how it could be improved as a resource to support young people thinking positively and proactively about being sensible and safe as online actors. 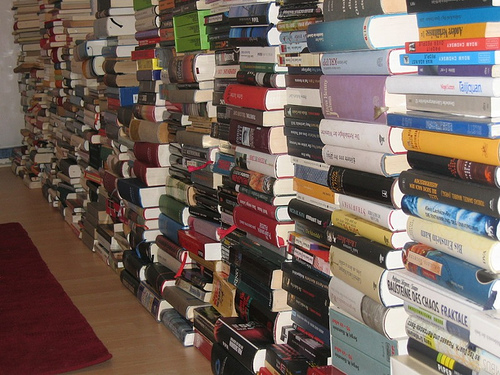 This is a post I've been wanting to put together for a while. Hopefully the phase 1 report from the Youth Work and Social Networking project I'm co-researching with Pete Cranston will be out soon (sending if off for formatting tomorrow…) – but as that looks like it will be about 15,000 words of literature review, survey and focus group write up, I thought it would be useful to put together a list of the literature that has most influenced or challenged my thinking.

The works below may not explicitly address young people and social networking directly, but they all offer useful context and insights. I can't promise that I've managed to adequately take account of them all in my writing (indeed, I'm quite aware that I haven't – for that I'd need to be working on this full time rather than having the day or so a week I have right now) – but I hope that offering a summary of them here helps others in following these trains of thought….

3) Larsen: Understanding Social Networking: On Young People's Construction and Co-Construction of Identity Online
The fourth perspective Larsen introduces is 'The identity perspective' – “Social networking sites are spaces for identity construction. Here, young people continuously constructing, re-constructing and displaying their self-image and Also, the network sites make them co-constructors of each otherâ€™s identities.” That gets a far deeper exploration in this ethnographical exploration of MySpace-like Danish social networking site Arto.

4) Stern: Producing Sites, Exploring Identities: Youth Online Authorship
Susannah Stern's article isn't about social network sites. It's about young people creating personal homepages and blogs – but it's exploration of how homepage creation facilitates identity formation and reflection upon identity formation is extremely interesting. It raises interesting questions about whether or not social network sites also provide young people with a canvas for self reflection or not.

5) Donnovan: Whose Safety? Whose Security? (forthcoming)
Gregory Donnovan's work explores the problematic nature of box-filling social network site profiles and the way in which the reductive nature of profiles (for example, being asked to sum up religious belief, political affiliation or relationship status in a single line) can harm identity formation. Donnovan also raises important questions about how a growth in young people living out lives online potentially increases opportunities for state control of childhood, rather than increasing young people's freedom from control. Similar questions about the increasing power and control afforded to corporations through young people's engagement with online social networks may be asked.

6) Solove: The future of reputation: gossip, rumour, and privacy on the internet
Solve doesn't address social networking explicitly – and in fact the elements I found most interesting in his book are a little less developed than I'd like – but he does raise a number of crucial points about the way notions of privacy may be being redefined by the internet, and about the risks of publishing information online in preventing people from escaping past misdemeanour's that may be of particular interest to those working with young people. Will we see the availability of data about people's pasts becoming anchors that tie them down? Or will a norm that accepts everyone has a data-trail emerge?

8) Wolak, Finkelhor, Mitchell, Ybarra: Online “Predators” and Their Victims – Myths, Realities, and Implications for Prevention and Treatment and 9) Ybarra et. al: Internet Prevention Messages: Targetting the Right Online Behaviours
The Crimes Against Children Research Centre (CCRC) have produced some fantastic research which is extremely helpful in trying to find a balanced response to risk online. Their work drawing on the US based Second Youth Internet Safety Survey gets beyond the unhelpful blunt (and possibly counter-productive) safety guidelines commonly given to young people such as 'Don't share any personal details online' to look at the real markers of risk (for example, “Talking with people known only online (“strangers”) under some conditions is related to online interpersonal victimization, but sharing personal information is not.“) and to develop guidance and recommendations that make a lot of sense. In fact, two points from the bulleted summary on the CCRC Internet page are worth quoting in full:

I would strongly suggest that no-one should be proposing online safety messages without looking at these and other CCRC articles.

10) Merton: Good Youth Work: What youth workers do, why and how
When I first read Bryan Merton's 'Good Youth Work' I scribbled furiously in the margins about the lack of referencing and got frustrated about the complete reliance on anecdote and stories to explain what youth work does. However, having spent time over the Youth Work and Social Networking project talking with youth workers, and exploring possible youth work responses to online social networking – I've come to find it does provide a strong insight into how good youth work responses to online social networking could have an lot to offer (although it would still be good to see youth work adopting more explicit frameworks to be able to describe what it does).

Crucially, where a lot of focus gets put onto information campaigns and formal education to support young people in making safe and effective use of online social networking, informal education approaches are often not given enough consideration. Providing space for reflection, group work interventions, and individual interventions at the right time could potentially achieve a lot more than any amount of lesson plans, safety videos and even media literacy classes.

Well, that's 10 articles for now. But I'd be interested to hear from readers of this post – what article or resources are inspiring you to explore different lines of thought about youth and online social networking right now?